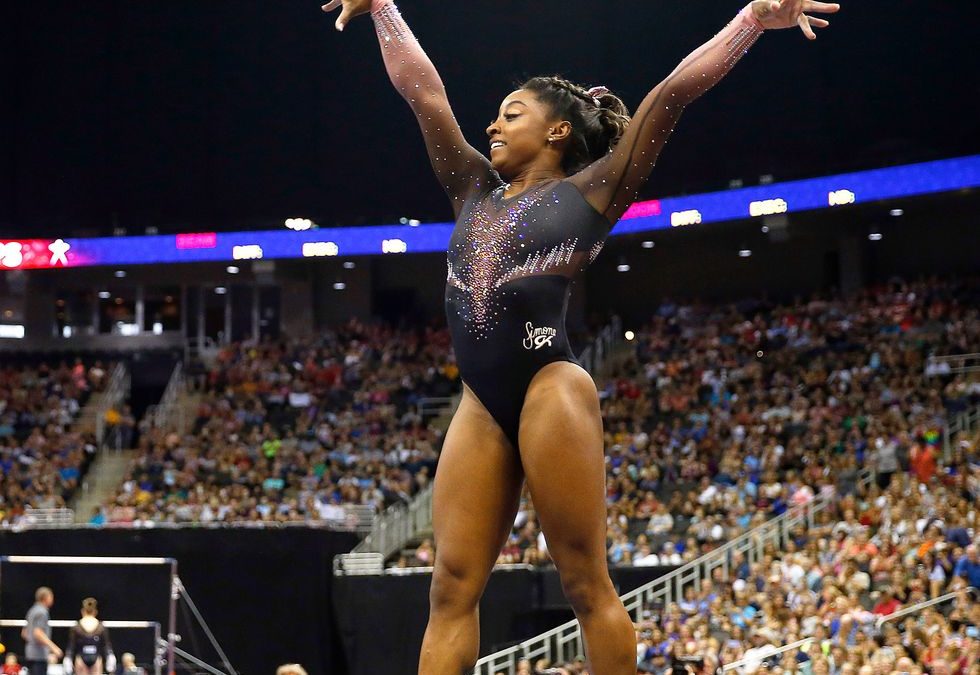 “GOAT” isn’t an animal. It’s an abbreviation for Greatest of All Time – a title surely fit for gymnast Simone Biles. She is the epitome of extraordinary ability as defined under the EB-1 regulations at 8 CFR § 204.5(h)(2) as “a level of expertise indicating that the individual is one of that small percentage who have risen to the top of the field of endeavor.”

The regulations at 8 CFR § 204.5(h)(3) further require that “a petition for an alien of extraordinary ability must be accompanied by evidence that the alien has sustained national or international acclaim and that his or her achievements have been recognized in the field of expertise. Such evidence shall include evidence of a one-time achievement (that is, a major, international recognized award)…”

Having won four Olympic gold medals in gymnastics (Team, All-Around, Vault, Floor Exercise) at the 2016 Summer Olympic Games in Rio de Janeiro, Brazil, and 14 gold medals at the World Artistic Gymnastics Championships since 2013, there is no doubt that Simone Biles is a perfect example of an individual with extraordinary ability who has won not just one, but multiple, major internationally recognized awards (i.e. Olympic gold medals & World Championship gold medals).

With evidence of her extraordinary ability in the form of her multiple gold medals, it becomes evident that Simone Biles has a level of expertise indicating that she is one of the small percentage who has risen to the top of gymnastics. She also has sustained international acclaim as required by the regulations as she has been a gold medal winner throughout the span of her career dating back to 2013 when she was only 16 years old.

To further solidify her case under the regulations, she is the first woman to land a triple twisting double somersault on floor exercise and the first to land a double twisting double somersault off the balance beam. She is also the tenth gymnast and first American gymnast to win a medal on every event at the World Artistic Gymnastics Championships. To many, including myself, she is the GOAT in gymnastics.

If you’re an Olympics, World Championship, or World Games medal winner, you may qualify for an EB-1A Green Card based on your extraordinary ability in your sport. Contact our EB-1 immigration lawyer for further information about your case.